When the abbreviated 2012-13 season came to an end, the Washington Capitals were Southeast Division champions, but no one was really celebrating. The lack of celebration comes from the fact that the Capitals just struggled to win the worst division in hockey, so playoff hopes were not that high. 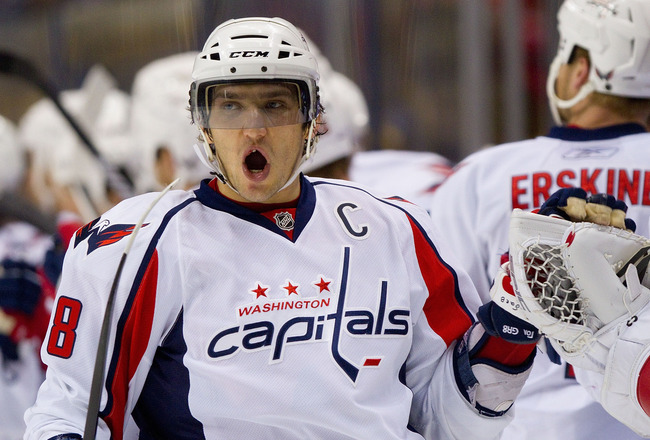 But new head coach Adam Oates saw things differently and he worked hard to motivate his players to win. Even star forward Alex Ovechkin looked less than enthused to start the playoffs last season. But by the time the playoffs were over, the Capitals had managed to make a respectable showing against the New York Rangers and the enthusiasm created by that series could carry the team all the way to a Stanley Cup win this season.

Reason 1: Braden Holt by is the real deal

The Washington Capitals have seen their future goalie come and go several times over the past few seasons. Semyon Varlamov was supposed to be the goalie of the future in Washington, but he fell apart and was shipped off to Colorado. Braden Holtby stepped in a couple of years ago when no one else seemed to want the job and he has become the real deal in Washington. Holtby is a battler who loves to get involved in the physical action around his net. He is constantly focused on the game and he can make the big saves when the team needs them. He has steadily improved with his playoff performances and looks like he is ready to be this season’s playoff surprise.

Before Adam Oates showed up in Washington, Alex Ovechkin had given up. Bruce Boudreau was fired and that began the failed Dale Hunter experiment. The team was not only losing, but it was becoming an embarrassment. Last season, it took Ovechkin forever to score his first goal, which showed just how little he really cared. This season, he has 17 goals in the team’s first 19 games and he is locked in. He is finally acting like a team captain as opposed to the selfish doomsayer he has been for the past two seasons. When Ovechkin cares about the results on the ice, that can only mean good things for Washington when the playoffs begins.

Bruce Boudreau is a good hockey coach who has a great chance at winning the Stanley Cup in Anaheim this season. But there is something about Adam Oates that makes him the perfect coach for the Washington Capitals. It is obvious that Oates got Ovechkin’s attention and turned his superstar around. Oates has made the right decisions on important issues such as goaltending and defensive scheme. He utilizes his players in a way that can only be described as expert. With a strong coach like Oates driving a team like the Capitals, it is easy to see Washington as being a top contender for the Cup this season.

Make sure to check out all the latest Northbet reviews, and to visit Northbet to stay updated on news and info.